Get fresh music recommendations delivered to your inbox every Friday.
We've updated our Terms of Use. You can review the changes here.

The Dance She Spoke 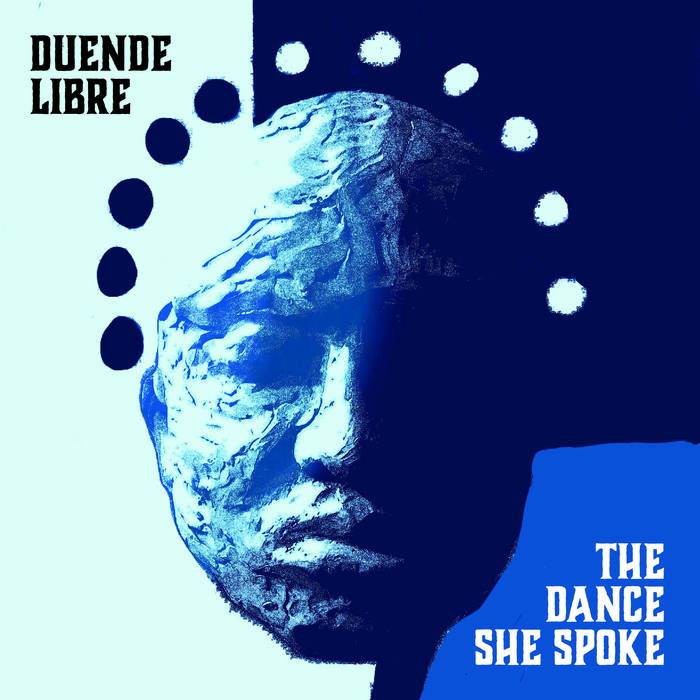 CREDITS:
Produced by Alex Chadsey
Recorded by Floyd Reitsma at Studio Litho in Seattle, WA
Tracks 2, 3, 4 Recorded by David & Benjamin Lange at David Lange Studios in Edgewood, WA
Additional Recording by Evan Schiller at zulusound in Seattle, WA
Mixed by Evan Schiller at zulusound in Seattle, WA
Mastered by Steve Turnidge at UltraViolet Studios in Seattle, WA
Tracks 1, 5, 9 Written by Alex Chadsey (Track 5 features a traditional Wassoulou rhythm called “soboninkun”) Tracks 2-7 are based on traditional songs and rhythms from Mali and the Republic of Guinea.
(The regions they come from are noted in parenthesis after each track.)
Track 8 — Lyrics by Frank Anderson, Music by Duende Libre
All tracks arranged by Duende Libre
© 2020 Alexander Cody Chadsey (BMI) ℗ 2020 Duende Libre
Cover art by Jeff Busch, Design and layout by Harry Wirth
Photo by Olli Tumelius

Duende Libre is a dynamic and uplifting quintet that blends elements of Afro-Cuban jazz with Brazilian samba, American funk, and traditional West African music into a unique sound of their own. The band’s most-recent album won an Earshot Jazz Golden Ear award for “Northwest Recording of the Year.” ... more

Bandcamp Daily  your guide to the world of Bandcamp

Quelle Chris joins the show to discuss his most recent release, "DEATHFAME"